Learning how to Mulligan in Legends of Runeterra is one of the most important skills required to be a winning player. 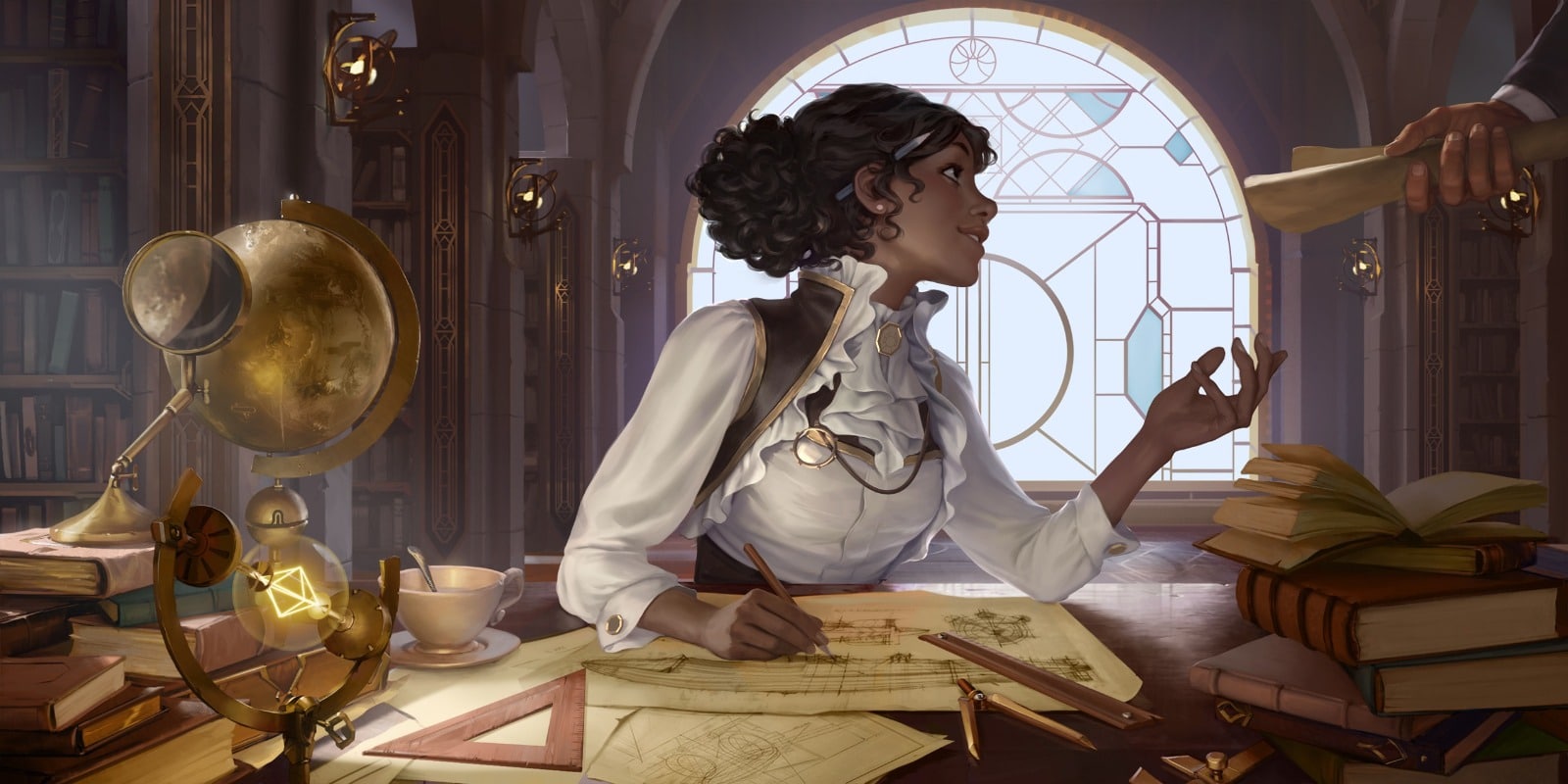 The Mulligan Show Reloaded: Episode One

The world of Runeterra continues to turn, churning out new cards, lore, and metagames. While most things change in this world for good or for ill, one is immutable and cannot be denied. The show must go on! Welcome to all and please have a seat because the curtain is about to rise and The Mulligan Show is about to begin. If you already know what’s up then go ahead and skip ahead down to Stage One and I’ll meet you there. For everyone else join me in the spoiler tag for a moment and we’ll talk this through.

Here’s how this is going to work. For each stage, I’ll be the one setting it. I’ll describe our deck, our opponent’s deck, our opening hand, and any other factors that I find relevant to the decision making process. Then you try to decide what you would mulligan, and more importantly why you would do so.

After you’ve got that answer, or if you just want to watch instead of participating, go ahead and pop open the spoiler tag underneath and see if we agree. At the end hit me up in the comments or drop by my stream later if we have conflicting opinions and you think I got it wrong. I am always down to learn new things.

Also take note that these scenarios will often intentionally be designed to be at least a little bit tricky. Don’t just go with your gut reaction but take at least a few seconds to think through the ramifications before you decide. Ready? Let’s jump into it.

The matchup is your Poppy/Lulu Demacia/Bandle City deck against your opponent’s Gangplank/Twisted Fate Ping City. You’re preparing yourself for a crazy one as the air will soon be thick with flying damage spells and Yorldes alike. They’ve got the attack token and you look down at an opening grip of Poppy, Sharpsight, Relentless Pursuit, and Ranger’s Resolve. What do you do? 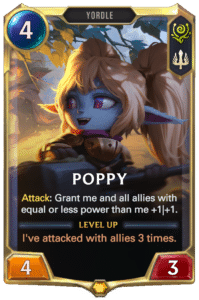 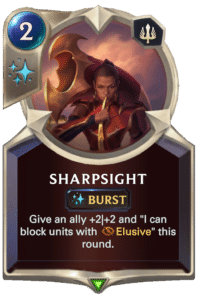 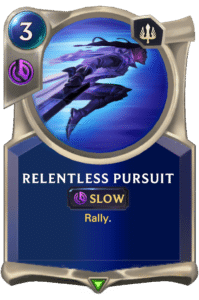 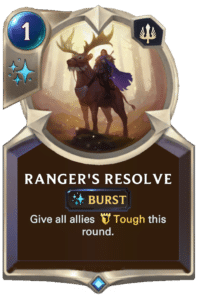 This set of decisions more than anything is going to come down to having a deep understanding of what our key cards are in certain matchups. The first and most obvious answer is Poppy, especially when we have the attack on turn four coming, but where do we go after that? Without friends to help her Poppy isn’t really going to get much done, now is she?

Following that line of logic we could go ahead and keep our Poppy and toss back the three spells. That lines up with our key cards philosophy as well as one of the basic tenets of mulliganing decks that are primarily units plus buff spells for those units. That is to say, make sure you have your units early otherwise all those beautiful spells won’t add up to much.

If that’s where you stopped then no judgment to you, and you’ll probably do just fine, but I think we can do a little bit better. To make this decision correctly I think we need to take into account two more important factors. First, we have a plethora of two drops in this deck, so if we only mulligan two cards looking for them we’ve still got pretty solid odds to hit one in the four total draws we’re going to get before we need to.

Second, and just as importantly, there’s another hidden key card in this opening hand. One of the standout points in our opponent’s deck of Ping City are all the pings flying around. Those nasty one damage bits of nonsense that stop us from creating momentum. In this matchup and really against any Make it Rain deck Ranger’s Resolve is absolutely huge.

All those factors combined would lead me to keep Poppy and Ranger’s resolve and ship back the other two cards. Is this a little bit of a greedy decision? Quite possibly. But I also think that on the numbers it’s the correct call.

Let’s get a tad more midrange-ey for this one shall we? We’ll take the side of Sion/Draven against the infamous Caitlyn/Draven Tri-beam.deck. Certainly a favored matchup, but by no means an auto win. We’ve got the attack and we’re given Sion, Poro Cannon, Get Excited, and Sump Dredger. What’s the best play? 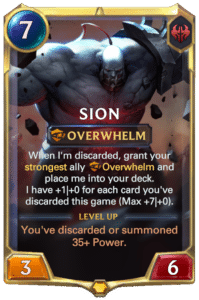 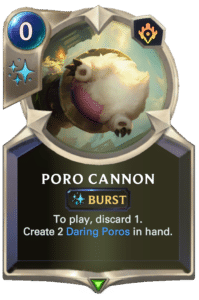 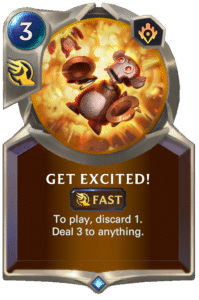 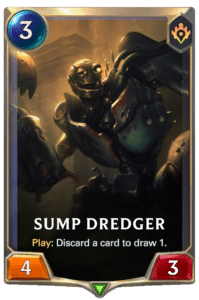 The most basic level of mulligan advice that gets given often goes something like, “Keep your early units and throw back hard to use spells and win conditions for later.” In this scenario that might lead us to keep Poro Cannon and Sump Dredger and throw back the other two looking for good discard targets or maybe a Draven.

I think unfortunately in this scenario that line of thinking is going to betray us. See, in many matchups, and in this one in particular, what folks often don’t realize is that Sion is a control deck. Unless your opponent has the tools to deal with a leveled Sion then often all you need to do is survive until you can drop one and ride it to victory.

With that in mind I think the correct play here is actually the exact opposite of what traditional advice might tell us. We keep the Sion, to make sure we have it ready on turn seven. We keep Get Excited, to answer the first problematic champion our opponent presents us with. And we throw back Poro Cannon and Sump Dredger looking for our discard targets to find value with them in the early and mid game.

And all of this decision making comes from what role we initially conceptualize for ourselves in a given matchup. Don’t fall into the trap of assuming you are always one thing, just because that’s what’s written on the decks label. That’s especially true for decks like these where the label says “midrange,” which translates to “Fervored if I know what I am, you figure it out based on the matchup.”

Last one for this edition and we haven’t played any control today so let’s pull out the power of Darkness and see what we can get done with it. On the other side our wily opponent will be bringing the power of the Space Fishes with Zoe/Nami and the attack token is theirs. Our first four cards are Pokey Stick, Otterpuss, Darkbulb Acolyte, and Stress Defense. 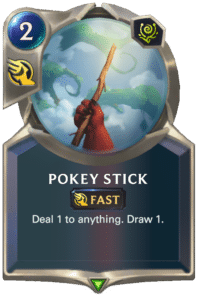 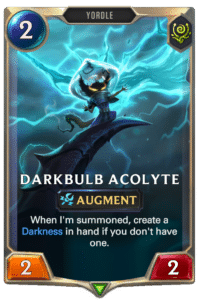 You may have noticed a theme today, that being that I am trying to point out scenarios where our conceptualization of the matchup in question will heavily influence our mulligan decisions. Where our baseline impulses, while worthwhile, are often set up to betray us. This one scenario is no different.

What looks like an enticing keep of probably everything but Stress Testing from an opening curve perspective is anything but. The key to this one lies in understanding the flow of this particular matchup. Darkness is heavily favored if you can get one-two increased damage procs on your signature spell. If you can’t, then it can be hard to keep up with what the fish burble out.

That means our key cards in Veigar and Twisted Catalyzer are even more important than they would be in many other matchups where we can use other tools to control the board and get them down later. In fact they are so much more important that I think there is a very real argument to be made here for mulliganing all four of these cards to go looking for them.

The only one that I would consider keeping would be the Pokey Stick to either answer an early Zoe or force mana to protect it, stopping an early Nami level. Even that might be questionable beside the argument of how the larger matchup can be won and lost.

So how did your decisions match up against mine through it all? You with me, learned something, maybe think I am crazier than Bandle City’s own mayor? I’m always interested to hear feedback in comments so hit me up here, or on my stream or twitter at twitch.tv/xxwhatamixx or @xxwhatamixx respectively. And as always, I’ll see you out there on the ladder.