Leer takes a deep dive into the data to show you which are the strongest decks in this meta, and which are… wait, is that Taliyah Ziggs up there!? 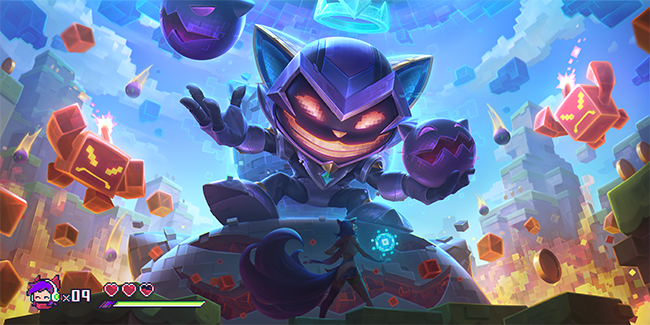 ‘sup, come Monday, come Meta Report. This week, we see pilots dusting off old decks, and new ones taking over the meta!

Ezreal Caitlyn, Sivir Akshan, and Swain Gnar are the only archetypes sitting at a 3% PR.

Sorting the data by winrate, we get the following:

Tristana DE is back on top with a convincing 55% winrate (WR).

Taliyah Ziggs (wtf?!) ((no, that’s not the nickname, but my mental state after seeing the data :P)) makes an appearance out of nowhere, sharing a 54% WR with PhDE.

Taric Yuumi Panth makes an effort to merge with its almost identical brethren PhDE, reaching a 53% WR alongside Scouts.

Gnar Ziggs and Draven Rumble team up to put a big middle finger in the faces of all the Demacian midrange decks, occupying a 52% WR.

Didn’t I tell you we would dust off some historic decks? While not all of them might have a place in the meta, let’s appreciate them while they are here!

Let’s talk about the new giants first though. Darkness continues to rise in PR, while barely holding a positive winrate. If you’ve missed it, this is due to Balco’s Inequality.

You can’t talk about it without mentioning Urgh as well. While not as overwhelmingly popular, Urgh holds on to a top 3 PR spot, also barely in the green with a 50% WR.

These two decks are seriously overplayed and shouldn’t be as popular considering their WR. Darkness, in particular, gives a huge leeway for many Demacia decks.

Think Pantheon and Tristana are OP? Stop playing Darkness and we can talk again! If Darkness keeps being played this much, Demacia decks won’t go away anytime soon.

Trundle Gnar and Scouts continue their decline as PhDE continues to rise in popularity.

At this point, Darkness and PhDE approach an equilibrium similar to the one with Plunder and Rally Elusives two seasons ago. With the similarity that the one (PhDE/Rally Elusives) is feasting on the other (Darkness/Plunder). The difference is that Plunder actually had a 55%+ WR, while Darkness… wins some games at least =)

Now, let’s talk about our old, beloved companions, shall we?

Ezreal Caitlyn makes a comeback out of freakin’ nowhere. Did they miss the Twinblade Revenant nerf? Have they aged so much that their eyesight dwindled to the point they can’t read the meta clock anymore? Apparently, it's "I don't give a frick about your clock" o'clock. And yes, that's a technical term.

The new version without the Lost Soul discard package works well into Gnar Swain and Gnar Ziggs, while most importantly holding its ground vs Darkness and PhDE. Except for Gnarlines, every voguish brawl is winnable for this archetype!

Thus, the matchup is quite satisfying to play, and a viable ladder option. Keep your eyes peeled for a premium guide by Maybenextime tomorrow!

Next is Sivir Akshan. The deck was already making waves last week with its great WR, and now the PR followed. Ever since the nerf of Merciless Hunter , the deck has felt very fair to play and play against. With the addition of Petricite Broadwing

Akshan Sivir’s matchup table being almost identical to PhDE’s – except these pesky Noxus decks – means this archetype is set up for success. You can check out my guide for the deck here (link)!

Furthermore, Gnar Swain decided to make a comeback in WR?! The deck never reached a high WR even in the first week of the patch when Gnar Ziggs was king. But now, the deck just sucks and dares to show its face with a 49% WR.

Well, there are two options:

Lastly, Taliyah Ziggs returned from the dead. To my knowledge, this archetype was never really Tier S . Despite that fact, it works in this meta, being the second most winning deck this week!

While the 1% PR means that I can’t show you an updated matchup table yet, you can check out Wamuu’s older guide on the archetype here (link)!

It heavily benefits from Balco’s Inequality, feasting upon Darkness and Urgh, while also having some chances versus PhDE thanks to the stun of Hexplosive Minefield Tristana DE takes the crown in this week's report. Maybe, its WR is not convincing, but suffocating. Like I alluded to earlier, having only a few strong decks in the meta happened before, and might happen again.

While I think the discount and Manifest mechanic of the archetype is fun, it might be a little too powerful and impoverish the number of viable decks in the long run.

Anyways, enough with my worrisome ramble. If you want to check out a guide for the deck, look no further. Maybenextime is here to educate you on how to create some Faes and make Tristana look broken in his premium guide (link)!

I have been preaching about this archetype for quite a while now. Ahri Lulu works well into Demacia decks as well as aggro and Darkness.

For more average-brained folks, the archetype still maintains a 54% WR over the past 2 days. If you want to learn how to pilot Ahri Lulu to success in your ladder games, as well as how to mulligan and play each popular matchup on the ladder, check out my premium guide here (link)!

I was told this list is very fun to play. The concept of Gnar Sejuani recently came up again over the old-school Gangplank Sejuani Plunder one.

I haven’t played this one myself yet (as I’m working on some other spice =)), but the data says it works especially well against Demacia decks such as PhDE and Akshan Sivir.

If you wanna learn more about this one, consider checking out Sirturmund’s premium guide here (you know what)!

This one is quite spicy, since Heimer Jayce is usually paired with other regions such as Demacia. With the inclusion of Shadow Isles, we are strong into aggro decks.

While the deck works well into the ascending Tristana DE archetype, it struggles quite a bit into Darkness, which is likely why we don’t see the deck more.

If you want to learn how to play the deck, check out Jasensational’s premium deck guide here!

Wait, what?! A viable Aphelios list? This has to be Copium!!

. While the archetype certainly is not a top-tier one, it has some favorable matchups that allow it to stay viable in the meta.

Aphel Lux works well into Demacia decks like PhDE and Akshan Sivir, but struggles quite a bit into Darkness and Gnarlines. Check out a guide by Aphelioslover42 here (nah, just kidding… but maybe check again next week ;)).

Is this a sign of inertia and frustration, or merely a stepping stone for greater things?

Two weeks ago, Gnarlines was the deck to beat and got toppled by Demacian contenders, led by Pantheon. Maybe Ionia decks will reemerge, known for successfully halting big units.

Maybe we will see Shadow Isles with their hard removal and cheap blockers be the new region to beat. Only time can tell, and I’m happy to take this journey together with you 😉

I’m curious to see how many people read this to the end. If you’ve made it this far, tell me your favorite food in the Reddit thread comments. Just the name is enough, you don’t need to add any context if you don’t want to.

The data has been due to the amazing website by Balco while the matchup tables have been from Legna’s website. They are doing an insane job at collecting all this data and presenting it to us in an approachable manner. They deserve all the praise in the world!