Weekend Warrior Weapons, First Friday Edition — The Fifteen Most Potent Brews, New and Old, to Climb the Ladder With

A Curious Journey begins -- these are the fifteen strongest decks currently, with lots of room for refinements and tweaks. 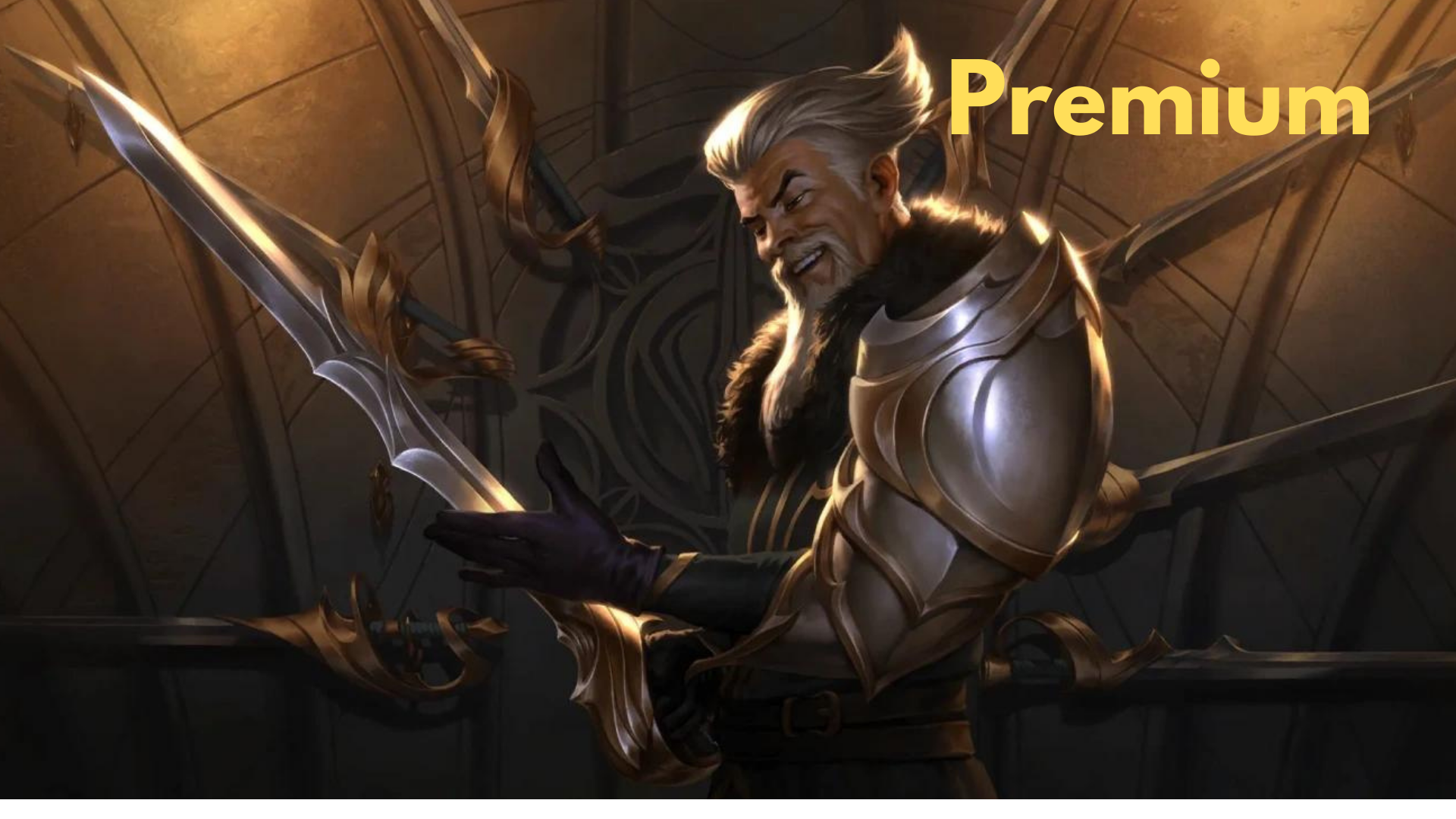 The best Friday in the Season is upon us… please, come, step inside, and push aside mundane problems and trivial matters!

Distinguished datamancers Balco and Legna have supplied us with their finest formulas, allowing us to display a delectable deluge of new blends to try -- so please, let me show you what we have!

A glimpse at this gnarly new Meta…

Less tested brews, although some of them have been among the first to reach Masters:

A Glimpse at this Gnarly New Meta

… describing it as "gnarly" is not too off the mark, it would seem.

Still, "turbulent" and "in flux" are also appropriate. Do make sure to check the data often, my friend, since in these turbulent days, new decks can surge to the top from out of nowhere.

As I shall not tire of saying today, every single current metric must be taken with large doses of salt: new formulas are unrefined, large batches of pilots are experimenting with really bad builds -- hence donating LPs and inflating the good builds' metrics -- and we are hopefully at least two or three weeks away from things calming down, when we may start talking about refined formulas.

Having said that, these archetypes all have a playrate above 1% at Platinum and higher rungs of the ladder, perform over the 51% winrate mark, and have at least 1,000 games under their belt (when all builds of said archetypes are accounted for) while including at least one recently-arrived Champion in their formulas.

Mutating from the well-known Fizz Lulu formula -- itself the second best performer, as we shall soon see -- the build with which faintHD arrived to Americas Master first also claws its way at the top of the winrate scale.

Most of the best-performing and most popular variants tend to have a low curve, topped at four mana by Teenydactyl -- yet there is at least one blend with a heavier top-end though, adding Spotted Toad to the mix, and functioning formidably. , with different lists testing everything from zero to 3x.

Should you find that Gnar Ziggs is a tad too aggressive, perhaps you would like to consider the same region pairing, but with the Grand General instead, and go for a slower, more controlled approach?

Some lists include cards as Inventive Chemist for a more aggressive early curve, but such approach performs worse overall.

Two droplets of Gnar sufficed to rejuvenate the Bandle Tree and restore its vitality -- the current best performing formula does not otherwise deviate from what we saw two metas ago, before it was pushed to obscurity during the Age of Recall we have just left.

Not unlike most Pantheon blends we have seen last season, it would appear Demacia is the region you want to pair Yuumi Pantheon with -- the Bandle City version performs poorly, and we currently advise against it.

While different builds remain broadly similar to previous Pantheon variants, there is no lack of experimentation -- the most popular and best performing formula, which we recommend, includes no new cards except Yuumi, but other very successful blends add such cards as Petricite Broadwing I should perhaps also mention that previous Pantheon variants, and last week's top-ranker Pantheon Taric in particular, are hard to find currently. Whether that is due to lack of interest or poor performance remains to be seen.

An archetype with little experimentation -- most pilots seem content with the most popular list, which you will find below. may not be ideal, though, and that including two copies of Wrath of the Freljord is quite beneficial -- a train of thought that seems shared by prominent pilot and admirable alliterator Cephalopod, who described this blend thus: "Freljord Formidable forms a fantastic fortress of fat fellows! Regen from the fox functionally forces favorable fumbles from foes, and four power fancy fearsome fervently finds fatalities."

Unlike Gnar Galio, pilots are indeed willing to test a multitude of formulas with Galio Braum. As such, being polluted by bad variations, this archetype's average performance can be deceiving.

The good formulas, on the other hand -- like the one we recommend, which is also the most popular as of now -- perform well over the 55% winrate mark.

They say you cannot teach senior dogs novel tricks -- yet whichever old quirks these well-known faces did learn are serving them well.

All these blends have playrates above 1% at Platinum and upper rungs, so on top of time-tested, they seem well-positioned in this turbulent, gnarly meta. to its mix, the best-performing blend, which we recommend, sticks to the tried and true we saw last week.

The Dark Duo is doing great in this meta -- the resurgence of Bandle Tree, though, may put a damper on their growth.

Also, as befit formulas with a more controlled approach, most lists are experimenting with slight tweaks, as they seek to understand which threats to counter.

Now, my friend, this is one interesting development.

The "standard" version from last Season seems to not be faring well.

Yet old versions with some tweaks, like this one, are performing greatly…

… and yet others, like this one, which prominent pilot HDR BlackBoss steered to become the second Americas Master this season…

… or the one we recommend below, which seems the most promising among the most popular, put new cards to good use.

And, needless to say, the Seasons is over as far as bling goes: this is the S Tier blend, with the rest not even bothering to show up and compete.

Struggles Against: Swain Gnar --  seems to have a really bad time against Galio Braum and Galio Gnarr, and also versus Pantheon Yuumi

Then again, some old dogs will be old dogs.

Strong Against: Gnar Swain, Yuumi Pantheon -- roughly even versus Darkness and Bandle Tree

And some dogs will be ancient, old-as-sin dogs. After the nerf to Iceborn Legacy , this blend has regained its claim of being the Spiders blend.

These blends are not what we'd usually call "risky", since they all have well over 200 games under their belts…

… still, in such a turbulent meta, even larger samples are to be examined with care, above all since these early brews usually have extremely gifted pilots steering them, thus pushing their parameters upwards.

A well-performing archetype that is growing in popularity -- our recommended list is the most played in all three shards currently, or with a minor tweak between Inventive Chemist The old Poppy Ziggs / Yordle Burn has given rise to one of the current Top Dogs, Gnar Ziggs -- and also this even more burn-oriented list with the Shroom Scout.

The exact same blend is the most popular in all three shards, making this a fairly well-tested build.

Yet another example of gnarly cross-pollination, with the exact same formula being the most popular across all shards…

… not surprising, since prominent pilot 4WL became the third Americas Master with it.

If you REALLY want to Try These…

These blends are very much not something I can recommend, my friend.

I know well of your taste for new formulas, and your willingness to take risks -- yet, I must warn you, these Champion pairings have thus far found no success except in the hands of a handful of extremely gifted players.

Should you still wish to take your chances, here are the best (yet still poorly) performing formulas for:

.. welcome to the Season's first Friday!

Be it hasty climb, brainy brewing or frolicking fun, I hope I have managed to whet your appetite.

Any questions or comments, or more data you may need, feel free to poke me on Twitter (https://twitter.com/HerkoKerghans) and Discord (Herko Kerghans#6252), or you can find more recommendations and writings here (link).

Good luck in your brewing or climb! =)