Without the aspect of LANs, pro players are not receiving nearly as much recognition as their Valorant or League of Legends counterparts, one comes to wonder; What is it like to be a pro player in LoR? 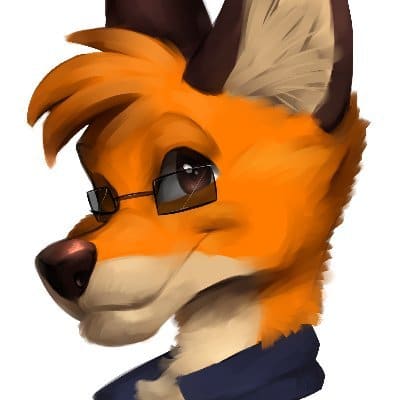 This year, Riot introduced probably the largest number of people to Legends of Runeterra thanks to the first-ever World Championships. Many people tuned in to watch Mateusz “Alanzq” Jasiński take the crown, and propel LoR into the limelight of the ever-revolving Twitch watch list. It would be safe to say that as many current players watched the matches rooting for their favorite players, just as many new players were introduced to the Runeterra competitive scene for the very first time.

Now, with worlds come and gone, and the upcoming iteration of the seasonal tournament right around the corner it’s safe to say that pro play is and will stay fresh in people’s minds for quite some time. Yet, without the aspect of LANs, pro players are not receiving nearly as much recognition as their Valorant or League of Legends counterparts, one comes to wonder; What is it like to be a pro player in LoR?

I asked myself that same question and was lucky enough to have it answered by the one and only Aikado who is currently ranked number 2 in North America and fresh off his top 8th finish at worlds. After preparing for the upcoming seasonals, he was kind enough to sit down and answer some questions that I, as well as some of you, are interested in asking.

In your own words, can you describe the atmosphere of a high-level tournament such as worlds or seasonals? What’s your mentality going into it?

“World’s was so exciting. I mean it was just on a scale that was hard to believe. My DMs were getting blown up by people telling me what a great play I made, or where I fucked up. It’s definitely a different world in that element. As far as my mentality going in, I was honestly just trying to stay focused.” After pausing to collect his thoughts he elaborated some more. “Imposter syndrome is a bitch. You know I’m this relatively new guy and these are the best players in the world. It’s hard to step back and realize that I’m on the same level as these people. But, overall I was just very excited to be a part of it.

A Lot of people seem to be taking it easy leading up to seasonals, yet you always seem to be scrimming and perfecting your decks. Is there any real reason you’re grinding so hard? Do you feel that after Worlds you have to show out?

“It’s a little bit of that. I mean, I want to place well. But you’re right I have been going pretty hard at it. It’s hard to keep it up. I know for a fact there’s been times that I’ve definitely hit a wall and have to figure out how to get out of it.”

Many strategy games often come with different styles of play in terms of how they prefer to win the game. If you were to analyze yourself, what would you say your playstyle is?

“Hard to say.. I feel I lean more into control or analytical playstyle. I don’t like going aggro and I don’t run aggro decks. I like having that agency and priority throughout the whole game, not just when it’s time to drop my win con. For example, my favorite deck is Deraven/Ezreal. A lot of people think it is an aggro deck but it’s actually a control deck disguised as one. Control play just gives you the extra edge.”

What do you think is the best information to have, to prepare for a big tournament?

“Firstly, being incredibly aware of the meta. Personally, I think this is the most open meta we’ve ever had. We have around 20-30 viable decks to run in a competition whereas previously, we had maybe 10-15. Other than that I’d say you need to play A LOT with different decks, play against any matchups you can foresee being a problem going in, and develop a strategy for all of them”

What makes a deck meta in your opinion? Is it simply power creep or how severely it affects the flow of the game?

“The most important thing a deck can do is have a way to win the game. The reason Sion is so good is not the aggro package. The issue is Sion comes down on turn 7 and puts a timer on the game. in order to play against it, you don’t have to just deal with Sion but the aggro meat shield in front of it. Having a win-con that forces your opponent to have to interact with it is the strongest thing your deck can do. The reason TF/Fizz was so impactful is that if you didn’t have removal by turn 4 you just lost the game. You would just get overwhelmed by TF that you couldn’t play the game. That’s the biggest thing that makes a deck meta.

What do you think Riot needs to implement in regards to legitimizing pro play?

“Honestly? I don’t know what the fix is. I want it to be sustainable. I want a career in LoR to be a possibility for people. I know some people talk about having a league at the highest level that’s recurring and invite-only. We need to get people INVESTED in the competitive scene before we can legitimize it though.”

Keeping that in mind, what do you love about Legends of Runeterra? What keeps you coming back season after season?

“ I think overall I’m just an inherently competitive person. Sure I play games to have fun but after a while, it’s time to get down and optimize. I love the grind and improvement after every match. The way the current competitions are set up to draw new people in was very nice as well.”

Lastly, for those hard stuck mid ELO players. The golds and diamonds struggling to climb, what’s the biggest piece of advice you can offer to get over that hump?

“I think there are two things. Firstly, when I go into a game I wanna be constantly going in with a learning mindset. A Lot of people get hung up on LP and that’s not the thing. Getting to diamond or masters or even 200 lp masters is just a badge at the end of the day. Go into each match trying to learn. Secondly, watch other people who are better than me play the game and seriously ask yourself “what are they doing that I’m not?”

Overall, Aikido’s words not only illuminated a scene that very few of us will be very immersed in, but his words of advice also rang true for many of us that have heard them before, yet don’t believe it. Rank doesn’t matter. We’ve heard this many times over from high elo players, yet it’s hard to take that advice from someone currently chilling in masters. But, it’s true. As many decks, you wish to make, and as many pieces of information you read like those on this website, it’s not always about winning. It’s about learning. It’s about wanting to know the game instead of wanting to beat it, and I think that Aikado is one of those players that embody the spirit of that statement the most.

But hey, don’t just take my word for it. You can find Aikado on twitch streaming nightly. Alternatively, if you’re more of a talker, you can hit him up on Twitter, and maybe even utilize his coaching services. All links will be posted below. Stay grinding out there everyone. Learn, improve and remember, it’s a ladder for a reason. We all will climb at our own pace.