This patch touches on almost every strong card in the format and buffs a lot of other cards. So my assumption is that going forward we will see much larger patches which I am all for. 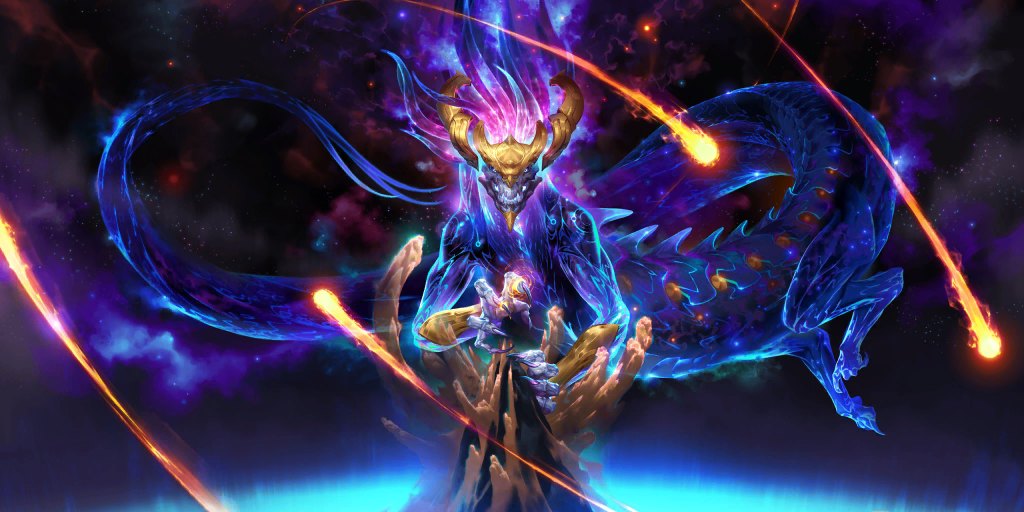 We have a HUGE new patch and a brand new meta to go along with it. If you want to see the full patch you can do so here. Before we jump into the individual card changes and how they might play out, I wanted to touch on the new Balance Philosophy. Which in essence is a patch every other month. I found this to be a bit confusing as I was under the impression this was the old schedule. If each of the patches is akin to this one though that would be a major shift.

This patch touches on almost every strong card in the format and buffs a lot of other cards. So my assumption is that going forward we will see much larger patches which I am all for. We have had issues with new sets being released and the meta not changing at all leaving us with a stagnant format for too long (The Shurima Desert is Vast after all). But perhaps knowing that a large shake up is just around the corner via a patch similar to todays will go a long way towards tempering the anxiety that comes with a format dominating archetype.


Nami going up to 8 spell mana is a nice change to keep her off such a fast level. The real kick to this deck though comes from the sparklefly nerfing from 2 mana to 3 mana. There were however versions running around using Boxtapus instead which might rise back up. Nami is still very powerful and I expect her to still see play.

I was a little sad to see Draven take a hit despite not being overpowered. That said he is still very good and he had his time to shine in many archetypes for the majority of Runeterra’s history. It’s always nice to see a changing of the guard.

as well as her allies.

Not a huge change but glad to see Tristana get a little love. Nothing worse than when a champ comes out and is quickly outclassed.

Grant an enemy Vulnerable and give enemies -1|-0

Love to see it! Nightfall might haunt some people’s nightmares but I for one enjoy the archetype immensely. This is just the amount of love the archetype needs to see more than the current 0 amount of play.

Another champion that showed a lot of promise but couldn’t quite compete. Whether or not this will be enough to boost Ekko into the top ranks only time will tell. But as a unique and fun to play champion in a sea of basic designs I’m happy to see him have a chance at becoming Meta.

Asol has been dominant in formats in the past. But as power creep gave way to faster and more linear decks it became hard for this ten drop to keep up. While this buff will make it much easier to level him up I think he would have seen play if the format allowed for it. We’ve been missing control decks for a while now and I hope we get to see this space dragon return to greatness.

Much of the core cards that made Renekton a threat to begin with have suffered at the hands of the nerf hammer. This buff is just the right amount of touch to give him a chance at seeing more play. I hope to see a lot more gentle pushes like this in future patches.

Change: Final Spark can be cast to directly attack the enemy Nexus if they have no units on the field.

The long requested Lux buff is finally here! I actually had to google Lux just confirm what she did, that’s how long she hasn’t been a playable champion. A five mana ⅗ is not exactly an exciting stat line. I have a feeling she will need a little more love in the future to bring her in line with the other top champions but at least we will get to have some fun trying to make her work. Who knows maybe she will find a home in this new meta.

Speaking of ⅗’s for five mana, quinn comes with a friend. We’ve seen Quinn fly to the top of the meta before (I apologize for nothing). Will her added health allow for it again? Scouts players will surely be trying to find out early on.

Well at least they tried.

This is a huge nerf. I could see Sparklefly still seeing some play, the biggest hit to costing three is that players will not longer be able to search up this moth with Crescendum . Three mana is a very fair price to pay for these stats. Many will be happy to see this update…..until the burn players take over the meta.

I didn’t see this change coming. I thought the stats on Twinblade would be turned down similar to Merciless Hunter. I think this was a smart choice, recurring challenger units makes for unfun play patterns and I think this allows for the blade to still see play in aggressive discard strategies.

Goodnight sweet prince. These changes should send the musical duo to the hasbeen pile immediately.

Rally is a mechanic that seems hard to balance. It’s either too good or not good enough. Golden Aegis seems to be close and I wonder where this will end up now that it’s competing for the same spot. I would imagine barrier will win out in most instances, but there will be decks that just want to hit harder for sure.

The stackers were slightly too powerful as resilient Impact threats, so we’re swapping out Tough for a point of health.

Stone Stackers was straight cracked. I think it’s still very good and should continue to see a lot of play.

While still having a very powerful ability, these stats for a four drop are relatively unimpressive. It will be interesting to see if the travelers can find a home, if that don’t I’m not sure they will be missed.

I don’t think anyone saw this coming. These cards already saw a decent amount of play and the only thing holding them back was their poor stat lines. Now they are decent sized bodies with massive upsides. Expect to see ALOT of Priestesses in your future. I wouldn’t be surprised if these end up getting turned back at some point in the future.

As a five mana 5/5 with a large upside Ravuhn was already a very solid card. Now as a ⅚ there are not many units or spells for a comparable amount of mana that can trade with him on their own. Meaning that much like Zoe you will always be trading up. I love the sunburst mechanic and look forward to playing with Ravuhn once more.

I always wondered why The Scourge didn’t have Overwhelm, this makes him a legit late game finisher.

I think my exact reaction to reading this change was “Woooooooooooooooooow”. Dragon’s Clutch was already very good in Dragon decks. One of their main weaknesses was being able to go tall but not have much evasion and now they get it with a card they already wanted to play. Dragon’s are coming back in a big way!

Will this make the cut in Dragon decks? I think it might. If there is one thing we know about card games it’s that being able to cheat on mana is always a recipe for overpowered. This will be tried a lot at the beginning of the season.

Faces of the old ones

We’re giving Faces a buff to help revitalize Freljord ramp decks that have fallen by the wayside.

Ramp players rejoice! While this doesn’t cheat on mana, there isn’t a lot of good mana acceleration to go around so we must take what we can get.

I could not be more pumped up for these changes and the new meta it will bring. I still hope that we get more changes like this more often. I think Monthly is the sweet spot. Even if it means less touches when new cards are coming out.

See you on the ladder!